Plaques were the perfect way to preserve the contributions these athletes made to the legacy of the Drake Relays. When a vendor referred Brian to Pella Engraving, he knew he had found the right company for the job. “We saw a sample plaque with an artist’s rendering of a picture—it was so much more unique than a photo on a plaque. It sealed the deal,” said Brian.

Pella Engraving Co-Owners Bruce Van Wyk and Jeff Vroom traveled to Drake University’s stadium in Des Moines, Iowa, to photograph the brick pillars and walls onto which the plaques would be installed.

The entire project included 18 zinc plaques—each with a portrait—as well as miniature versions of those plaques that were given to each honored athlete. About twenty other signs by PEC were also installed in and around Drake Stadium.

“PEC wanted this project to be as successful as we did,” said Brian. “Because of this, we listened to them when they had suggestions. And they always listened to us—no matter how many times we called with changes, we never felt like we were a bother.”

The plaques were unveiled, with many of the athletes onhand, at a ceremony after the 100th Anniversary Gala. “The artwork on each plaque is consistent yet representative of each athlete’s individuality,” said Brian. “The plaques make the entrance around the stadium light up.” 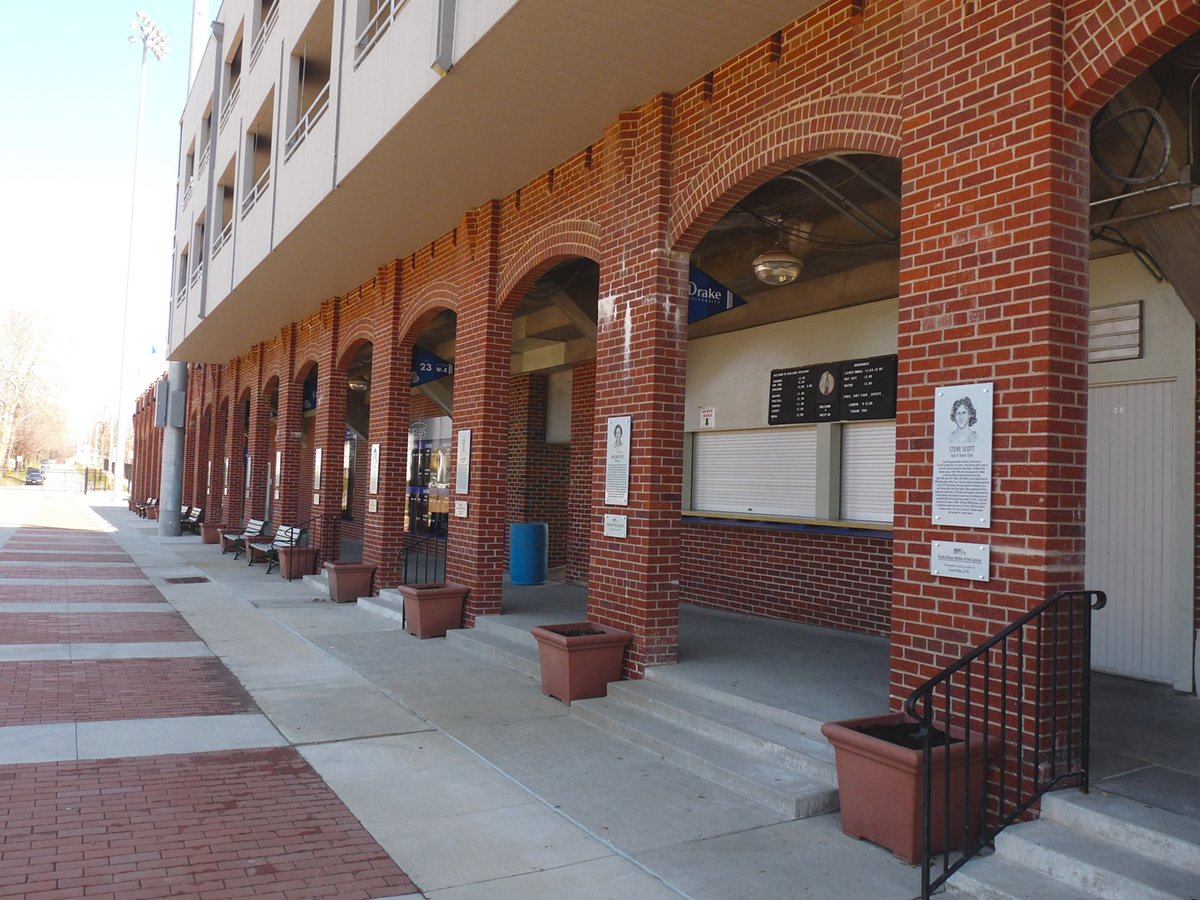 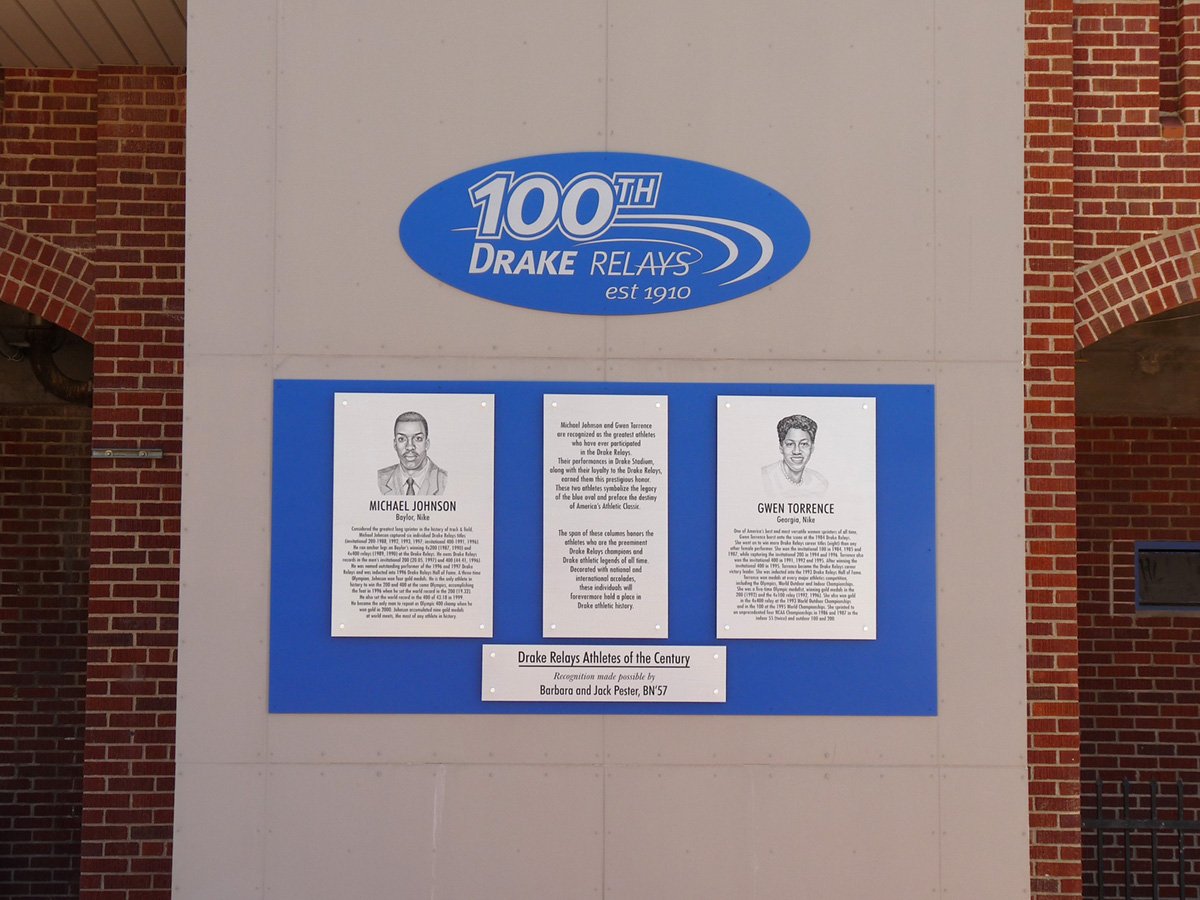 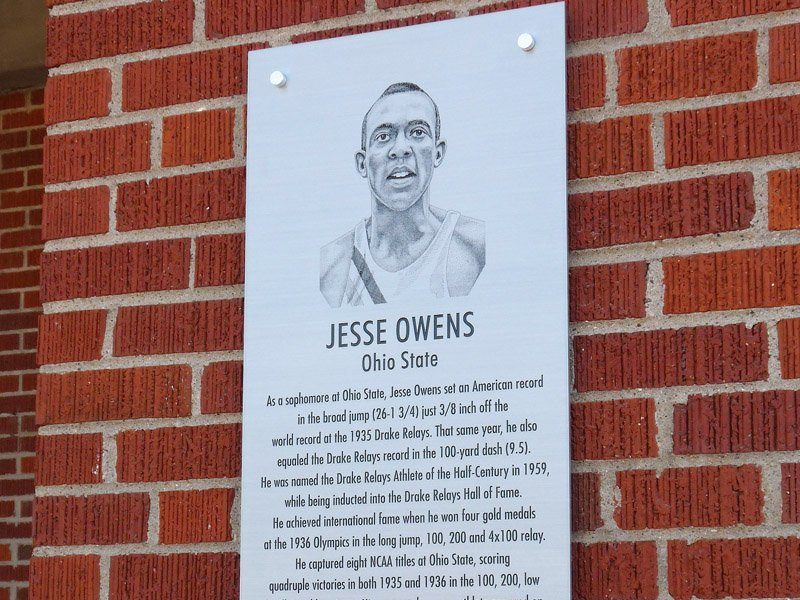