Pella Engraving is making a major investment in the future of the company by working with Stoma Manufacturing in Siegburg, Germany, to manufacture two new 200-liter etchers. These will replace PEC’s magnesium and zinc etching machines.

Currently, PEC is using etching machines that were designed and built in the 1960s. The machines have each been rebuilt in the past to upgrade parts that take the most wear.

Stoma has been manufacturing etchers for some time in Europe. They presently do not have any etchers in the United States, so Pella Engraving will be the first engraver in the country to have Stoma etchers.

“We were able to see up close and personal one of Stoma’s etchers working at an engraver in Bullay, Germany. Once I observed the Stoma etcher in production, I knew these were the etchers for us,” said Bruce. “The advancements that have been made on the machines are really geared towards ease of use for the operator, with automatic lid assist, simplification of head motion, and pulley systems. One of the biggest and most impressive improvements was the ventilation of the machines―there was virtually no odor from the etcher.”

This investment in new etchers ensures that Pella Engraving is using the latest technology to serve its customers. “This major investment demonstrates that we will be here to serve your plaque needs for many decades to come,” added Bruce.

In the coming months PEC will be posting pictures of our etchers in the manufacturing process so you can see how the machines are progressing. 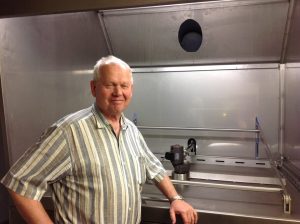 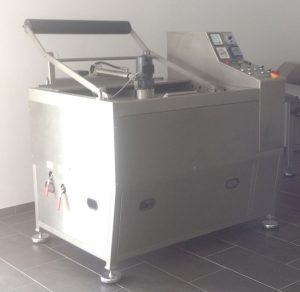