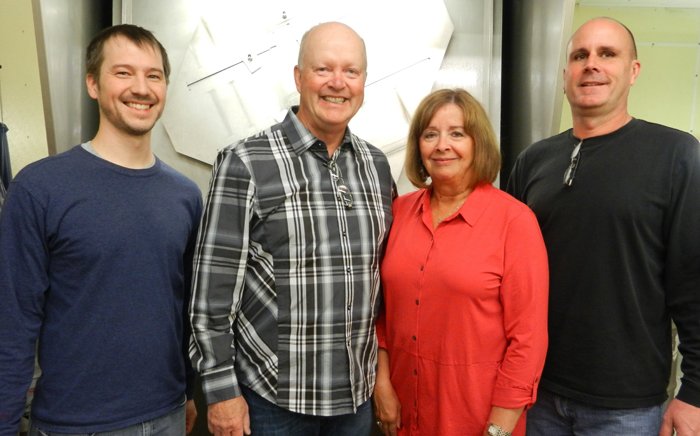 Pella Engraving Company played host to Richard Eystad, former owner of Royal Graphix, and his wife, Judy, on Monday, April 4. PEC purchased Royal Graphix, a respected die manufacturer in La Crosse, Wisconsin, in 2015 after Richard’s retirement. Richard stopped by PEC to tour the facilities and see how his former customers’ dies are now being created.

“We were pleased to be able to expand our business last year with the addition of Richard’s loyal customers,” said Jeff Vroom, PEC co-owner. “We’ve already built great relationships with many of these customers by offering the same high quality and service they always received from Richard.”

Pella Engraving Company has been in the business of manufacturing premium-quality magnesium dies and printing plates since the company was founded in 1934.