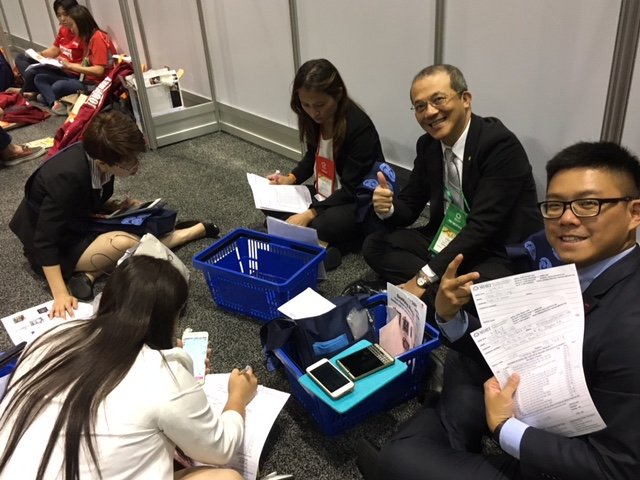 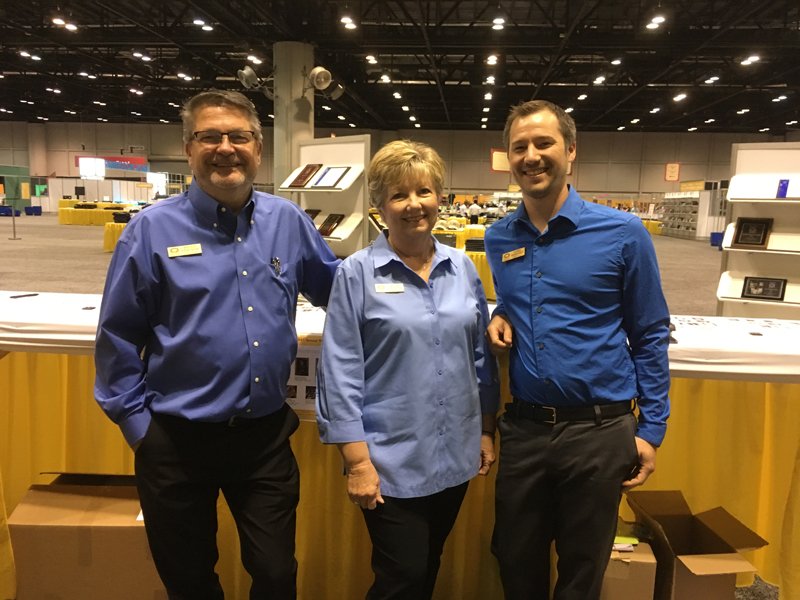 For the seventeenth year, Pella Engraving Company attended the annual meeting for the Million Dollar Round Table (MDRT), a global network for leading insurance and financial services professionals. Held in Orlando, Florida, from June 4-7, the meeting is more than an opportunity to sell plaques for the PEC team.

“We have a great business relationship with this group, but it’s more than that. We have formed close friendships through MDRT,” said PEC Co-Owner Bruce Van Wyk.

It was minority owner Cory Vande Kieft’s first time attending the trade show with Bruce and his wife, Trudy. Cory immediately witnessed proof of this: “Bruce and Trudy were getting hugs from everyone. They all ask about each other’s kids and grandkids.”

Cory, who celebrated his birthday during the meeting, was quickly welcomed into the group when a few attendees and MDRT members dropped by the PEC booth to serenade him with a rendition of “Happy Birthday” in Mandarin.

With this type of trusted and enduring partnership, it’s no surprise that the PEC team enjoys success at the MDRT annual meeting each year, but this year was a record. “Our plaque sales increased by about 35 percent over last year—and that was our previous record year!” reported Bruce. “On our busiest day, we sold three-quarters of a plaque for every minute we were at our table.”

MDRT is a growing organization—now with more than 49,500 members worldwide—and the annual meeting in the United States is a popular travel destination for the international membership. PEC supplies MDRT with plaques that commemorate various levels of membership and achievement. It has been the organization’s preferred plaque manufacturer since 2001.

Orders taken at the annual meeting are currently being processed by MDRT. Once finalized, PEC will begin production. Within eight weeks, plaques will be arriving in offices around the world, from Hong Kong to Dubai to Mexico.