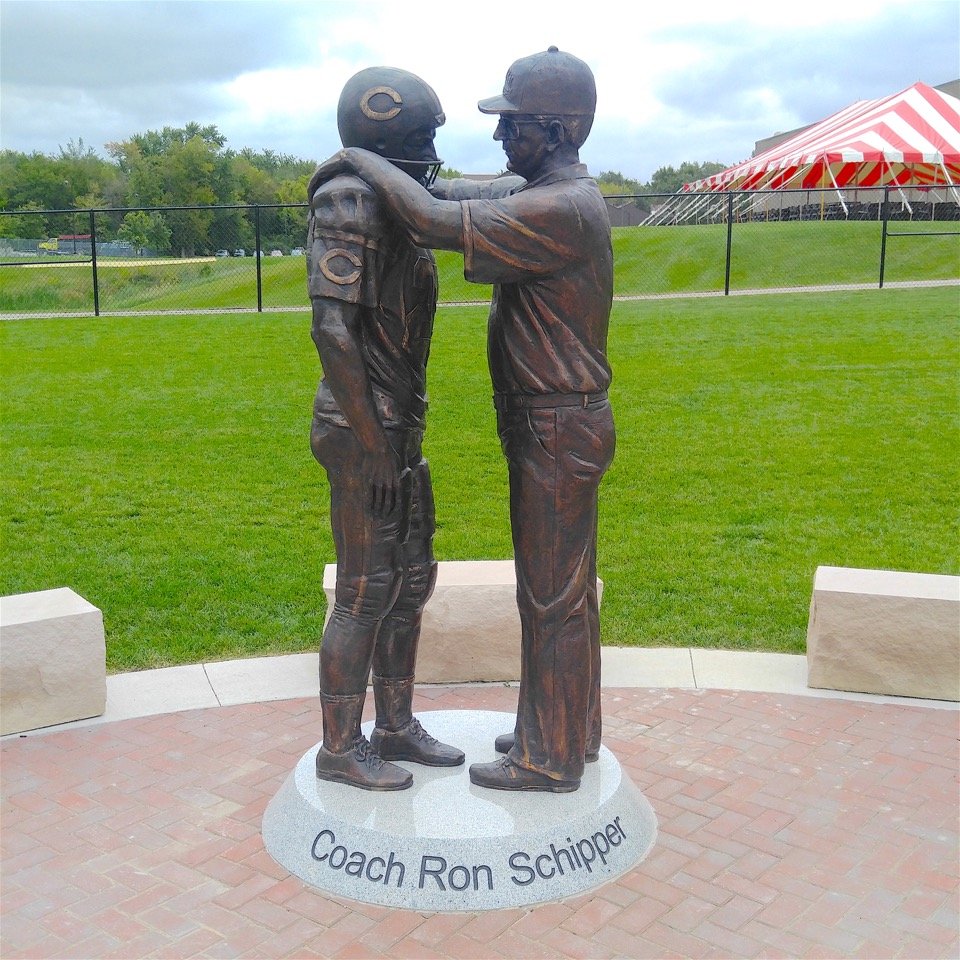 Ron Schipper, Central College’s Hall of Fame football coach, said these and many other inspiring words during his 36-year tenure at the helm of the Dutch football team. A moving bronze statue of the coach was recently added to the stadium in Pella, Iowa, which already bears his and his wife’s names. Dedicated on September 17, the statue is accompanied by a bronze plaque on a stand manufactured by Pella Engraving.

The black-painted aluminum plaque stand was manufactured and installed by Pella Engraving.

The bronze plaque lists the many accomplishments of Coach Schipper, among them 36 consecutive winning seasons and 18 Iowa Conference titles. The statue depicts him in a moment of mentorship with a player, which he is known to have valued more than any of his 287 wins.

The stand for the plaque, which PEC installed on site, is black-painted aluminum. Its durability and subtle yet solid presence is the perfect option for displaying the plaque honoring this legend.

See more from the dedication of the statue here: https://youtu.be/Fg6uHZCwZXE?t=54s